The Canadian Hoisting and Rigging Safety Council (CHRSC) has announced Tim Bennett from Northern Crane Services Group as the incoming Chair of the Council. Tim has accepted the nomination and has assumed the role. He congratulates Fraser Cocks on his accomplishments as the Chair of the Council over the past two years. Tim looks forward to continuing to build on the momentum and initiatives the Council has put in place and is currently working on. 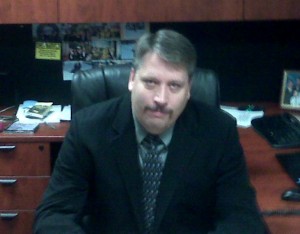 T.J. (Tim) Bennett, CRSP, CHSC,COHC
Tim brings a wealth of diverse experience to the role of Chair. He is currently the Vice President of HSE, Technical Training and Quality with NCSG Crane & Heavy Haul Services.
Tim has over 20 years of experience in senior leader roles representing; public, private industry and regulatory portfolios. During a span of 12 years, Tim represented employers with the Alberta Government as the Chair of the Occupational Health & Safety Council. The OHS Council is responsible for the Alberta OHS Code as well as the quasi-judicial tribunal for appeals of orders issued by the Government.
Tim’s experience has crossed a large span of industry during his time with Enbridge Pipelines Inc., North American Construction Group, Gibson Energy to even a former career as a professional firefighter/EMT with the City of Spruce Grove.
In addition to a number of professional safety designations and formal education, Tim holds professional member status with the American Society of Safety Engineers, the Canadian Society of Safety Engineering and the Institution of Occupational Safety and Health.
Tim has been the Vice Chair for the last two years of the Canadian Hoisting and Rigging Safety Council, is an active member of the board of SkillPlan and has sat on a large number of committees/agencies and other associations.